Fare Capping - Fare capping is a public transit payment reform that boosts ridership and minimizes inequality by making transit passes more affordable for people without a lot of money. Centro should implement fare capping in Syracuse. Time-based transit passes allow riders to take as many trips as they like within a given amount of time—a day, a … END_OF_DOCUMENT_TOKEN_TO_BE_REPLACED 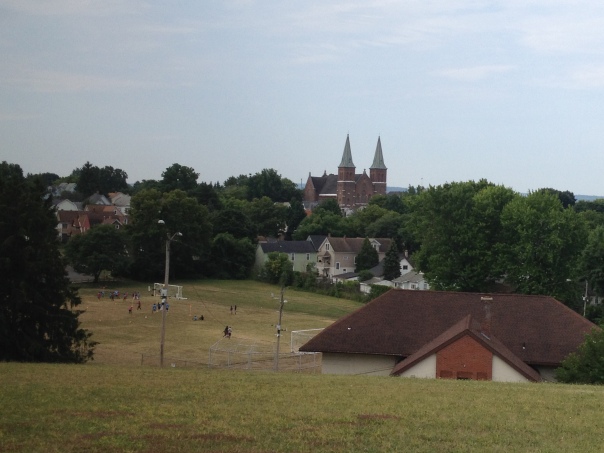 Public Parks and Climate Change - Climate change is here, and Syracuse is already feeling it. The last several summers have been some of the hottest on record, and new weather patterns are scrambling all our seasons. We need to do everything we can to stop climate change, of course—driving less, greening the grid—but in the meantime we also have to … END_OF_DOCUMENT_TOKEN_TO_BE_REPLACED 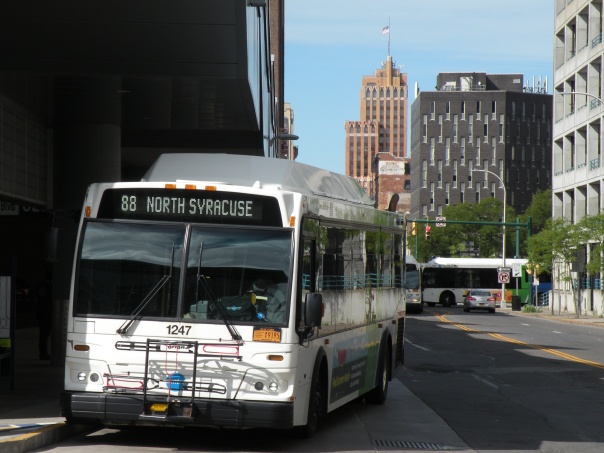 How to build bus ridership - Syracuse needs more people riding the bus. Increased ridership is good for Centro, obviously, because it provides increased fare revenue and a broader base of political support for public transportation. But increased ridership would also indicate that Centro is serving Syracuse better, because more people are choosing to ride. So how do we do it? … END_OF_DOCUMENT_TOKEN_TO_BE_REPLACED 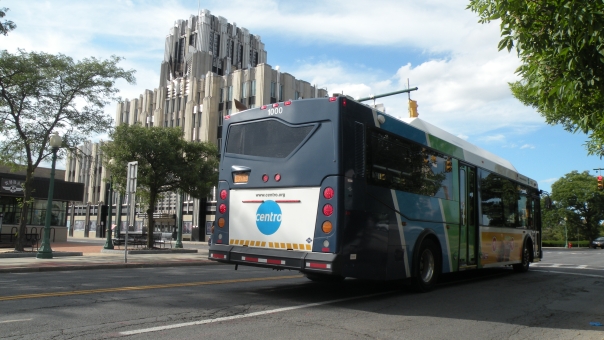 A bus line for no one - It’s unclear exactly who is supposed to ride Centro’s new Downtown circulator route—a 2-mile figure-8 loop that winds its way from the Tech Garden to Dinosaur BBQ and back. It can’t be people who live Downtown. The residential population is growing because the neighborhood is so famously easy to walk around. There’s no need to … END_OF_DOCUMENT_TOKEN_TO_BE_REPLACED 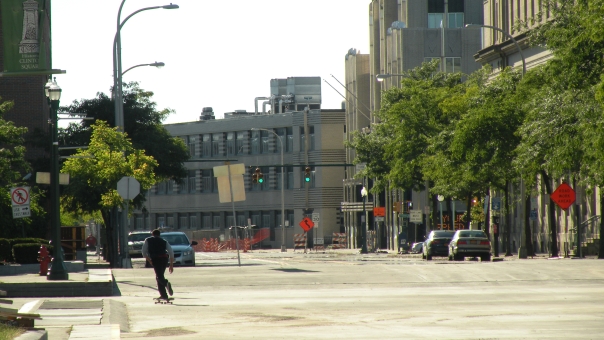 Downtown’s suburban population - We’ve all heard about Downtown’s growing residential population, but the most recent census figures only put the neighborhood at 3,298 permanent residents. That’s just 2.3% of Syracuse’s entire population, and it’s far fewer people than live in Eastwood, the Southside, Westcott, or just about any other city neighborhood. If Downtown were a village, it’d be … END_OF_DOCUMENT_TOKEN_TO_BE_REPLACED