Blueprint 15 is a plan to remake the highly visible collection of public housing complexes just south of Downtown Syracuse. It’s a collaboration between Syracuse City Hall, the Syracuse Housing Authority, the Allyn Family Foundation, and Purpose Built Communities—a non-profit that has built similar projects in 21 other cities. The plan focuses on the neighborhood as a whole—it includes investments in education, businesses, integration, transportation and better housing. It’s a plan that promises to right some of the wrongs of Syracuse’s past—to fight structural racism and economic oppression. To do that equitably, though, Blueprint 15 will have to build enough housing include all of the people who live in the neighborhood now.

There are about 1000 affordable homes in Pioneer Homes, McKinney Manor, Central Village. Blueprint 15 plans to tear them all down and build between 1100 and 1400 new ‘mixed income’ homes. No one’s said exactly how much of that mix will be affordable units, but you can bet it won’t be 1000 (in Purpose Built’s other ‘mixed-income’ projects, the split is 50-50 between affordable and market-rate units), so Blueprint 15 will displace current residents.

In a front-page article on Sunday, the Post-Standard said that anybody displaced by the project would receive a Section 8 voucher. That’s hardly a fair trade. Source-of-income discrimination is rampant in Onondaga County and across the country. More perniciously, places like Skaneateles use zoning policies to exclude low-income renters. Even in places like Syracuse and Buffalo where such discrimination is illegal, it’s still common practice among the small-time landlords who control a lot of the cheaper rental housing.

Besides, if Blueprint 15 is going to make the area into such a great neighborhood anyway, why shouldn’t everyone who lives there now want to stay put?

Some of that necessary new construction can happen on land that SHA already owns. According to SHA’s 2016 East Adams Street Neighborhood Transformation Plan, parking requirements limit the number of homes that can fit on that land. In other cities, Purpose Built uses a lot of land for off-street parking. 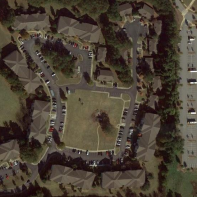 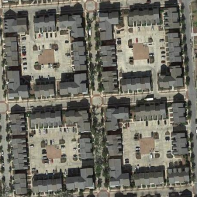 It makes no sense to let off-street parking limit who can find a home in a census tract where 53% of households don’t even own a car. The neighborhood is within walking distance of the Centro Hub, and Blueprint 15 specifically talks about being able to walk to work as one of the things that will make new market-rate housing attractive.

City Hall’s new draft zoning ordinance takes all that into account, and it reduces the off-street parking requirements for the neighborhood by 50%. That reduction will increase to 65% when Centro starts running its planned BRT service. City Hall and Centro need to hurry up and implement these reforms before Blueprint 15 gets stuck building parking lots where affordable housing should be.

Making better use of what land’s available is a start, but Blueprint 15 should go one step further by building new housing on State-owned land on the Near Eastside. SUNY owns acres of vacant land over there (a lot of it is only vacant because they tore down Kennedy Square), and once the I81 viaduct comes down, New York State will have even more empty land on its hands. That area is also within walking distance of major employers, it also has good bus service, and City Hall is also upzoning it to allow the kind of dense, mixed-use development that Blueprint 15 plans for the Southside. It’s a perfect place to build new mixed-income housing.

Expanding Blueprint 15 like this will also make the entire project less disruptive. By building new housing on vacant land first, SHA’s tenants can move into their new homes before Blueprint 15 demolishes or renovates their current homes.

Blueprint 15 is an exciting idea. It’s an opportunity to restore a neighborhood and community that have weathered decades of segregation and exploitation. To do that equitably, though, Blueprint 15 has to provide enough affordable housing to accommodate the people who live in Pioneer Homes, McKinney Manor, and Central Village now. City Hall and Centro can help Blueprint 15 make better use of the land in its project area, and New York State can increase the size of that project area by handing over the land that it’s let languish for years. That’s how Blueprint 15 will make good on its promise for the whole community.