The one big change that Centro can make to bring more places and more opportunities within reach of the bus is to run its buses more often. 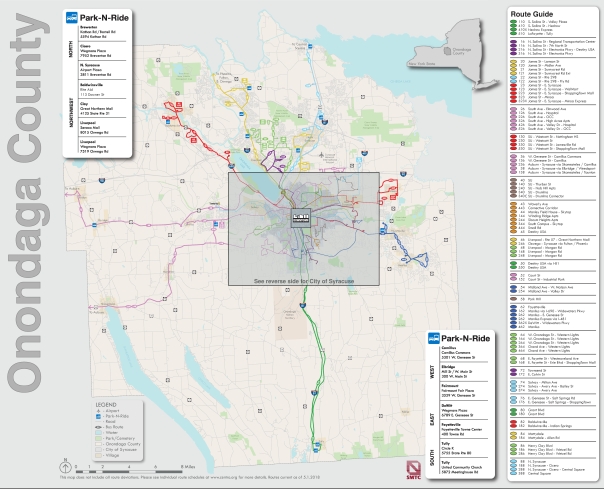 People who don’t ride the bus—who have never had to wait at a bus stop for over an hour in the hot sun without a bench to sit on—look at the bus map and think that Centro does a pretty good job of serving the whole County. They look at how the 48 runs up Morgan Road and think that paying Amazon to build a new warehouse on the old Liverpool County Club will create ‘transit-accessible’ jobs.

But the 48 only runs by that site 13 times a day between 5 am and 10 pm—that’s less than once an hour! Sure, it’s going to be possible to get to that new Amazon warehouse on a bus, but it’s not going to be practically feasible. With more than an hour between each run, if a worker is running a couple minutes late and misses their bus, all of a sudden they’re more than an hour late to work and in danger of losing their job. Or if they need to leave early unexpectedly for whatever reason, they can expect to have to wait outside the warehouse for more than an hour just to catch the bus home. Such infrequent service makes for fragile transportation, where a single small change in plans makes the system unusable, and so practically useless.

For bus service to really be useful, it has to run so frequently that you can go to the bus stop at any time and know that another bus will show up soon. That means buses every 10 minutes—maybe every 15 minutes at the most. The red areas on the map above are within a half mile walk of bus stops where the buses run about every 15 minutes. A person living in that red area can get to work anywhere else in that red area without having memorize the bus schedule or stressing about catching the one single bus that can make their commute work. A person moving within that zone can rely on the bus to get them where they’re going.

That’s what it really means for a job or a home or a school to be accessible by bus. So if you really want to know what opportunities are ‘transit-accessible,’ this is the kind of map you need to be looking at. If people in power were really interested in making more opportunity accessible by bus, they’d focus on running more frequent service more places.